Figure 1 shows deaths from all ages in Central Bedfordshire by disease category for 2012/13. 75% of deaths in that year are from circulatory diseases, cancer and respiratory disease. 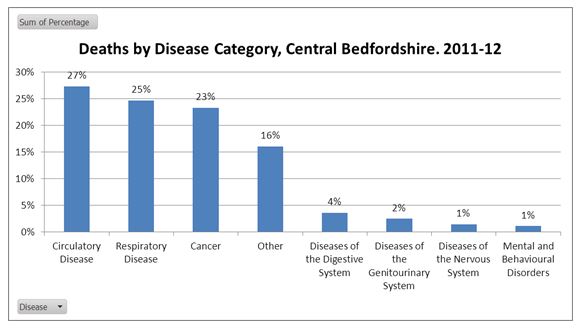 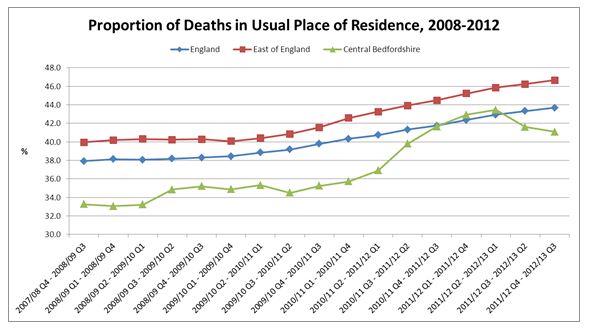 Over time the proportions of deaths that occur in hospital have reduced, whilst those at home have increased. The proportion occurring in hospice setting have remained similar over time.

Within Central Bedfordshire the rate of improvement from a low base has been steep in the year covering 11/12 but appears to have declined in the last 6 months of 2012. The reason for this variation is not known from the data presented. 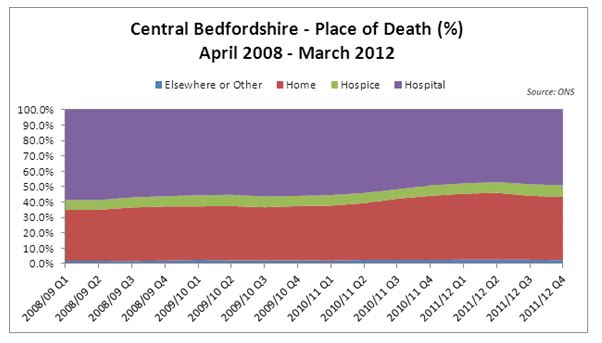 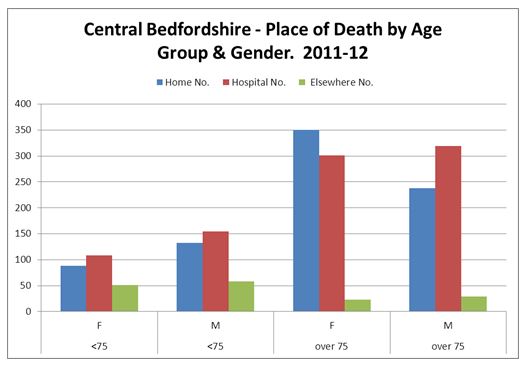 Figure 4: Place of death by age and gender

The above chart shows that breakdown by age and gender.  It would appear that in the ‘elsewhere’ category relating mainly to hospice deaths, the numbers and proportions are highest in the under 75s. In the over 75s there appears to be a higher proportion of males dying in hospitals, although this does not reach statistical significance. For all ages the proportion of males where place of death is in hospital is 50.9% (CI 47.7 – 54.1) which is higher than the rate for females (44.4% (CI 41.2 – 47.6%)). This difference in gender can be accounted for at least in part by the wider use of residential and nursing care in older females, who are more likely to live alone in older age.