The table below shows details of migration into and out of Central Bedfordshire over the last ten years, both from within the UK (“Internal”) and from other countries (“International”). This information forms part of the Mid Year Estimates published annually by the Office for National Statistics. 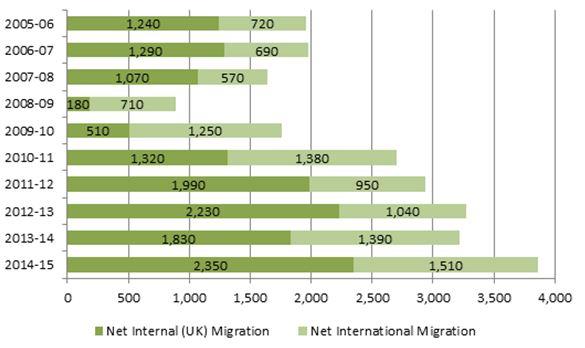