The number of births in Central Bedfordshire has been fairly similar for each of the last five years, with an average annual figure of 3,270. 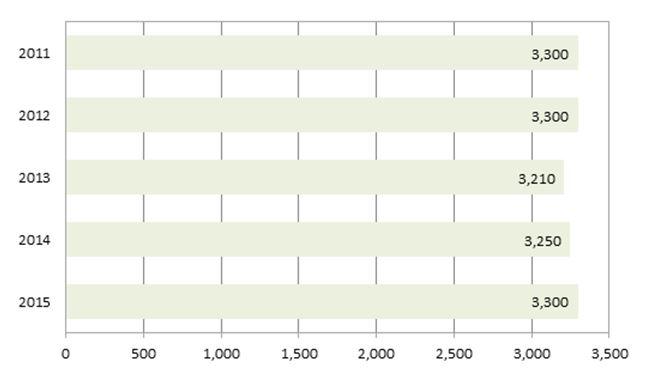 The total fertility rate showed that in 2011 women had an average of 2.11 children throughout their childbearing years. This declined to 1.91 by 2015, compared to the England average of 1.82 children. A total fertility rate of 2 is generally seen as an indicator of a stable population, with rates below this showing declining and ageing populations, and rates above this showing populations getting bigger and younger.

* This shows the number of live births per 1,000 women in each age group.
Source: Office for National Statistics, Live births by Area of Usual Residence, 2015