It has been estimated that around 80% of the prison population smoke (1) HMP Bedford is a category B male local prison serving Luton Crown Court, St Albans Crown Court and magistrates’ courts in Bedfordshire and Hertfordshire.  The ‘churn’ - the rate at which the prison population changes - means that the average stay for prisoners is approximately 30 days with a throughput of over 4,000 prisoners per year; presenting significant barriers to achieving four week quits. 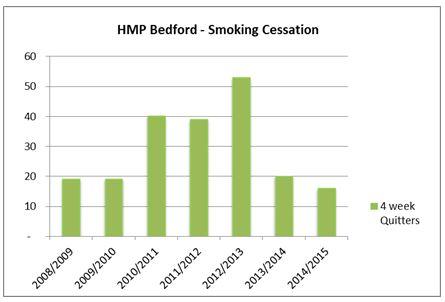