The national and local picture

Mental health illness results in a broad range of impacts (6). Impacts of Mental disorder in childhood and adolescence:

One in ten children and adolescents between the ages of 5-16 years has a clinically diagnosed mental disorder in Great Britain (10%) (7) (ONS mental health GB 2004). This equates to approximately 3,682 children aged 5-16 years in Central Bedfordshire. 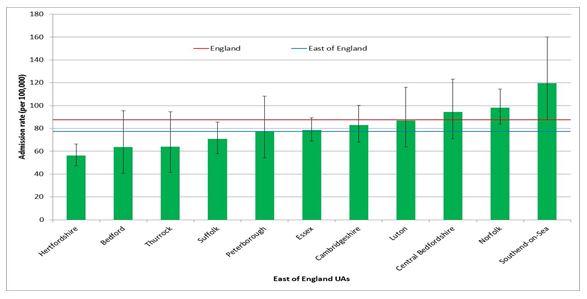 The figure above shows that hospital admission rates for mental illness in Central Bedfordshire is high compared to other UAs in East of England.